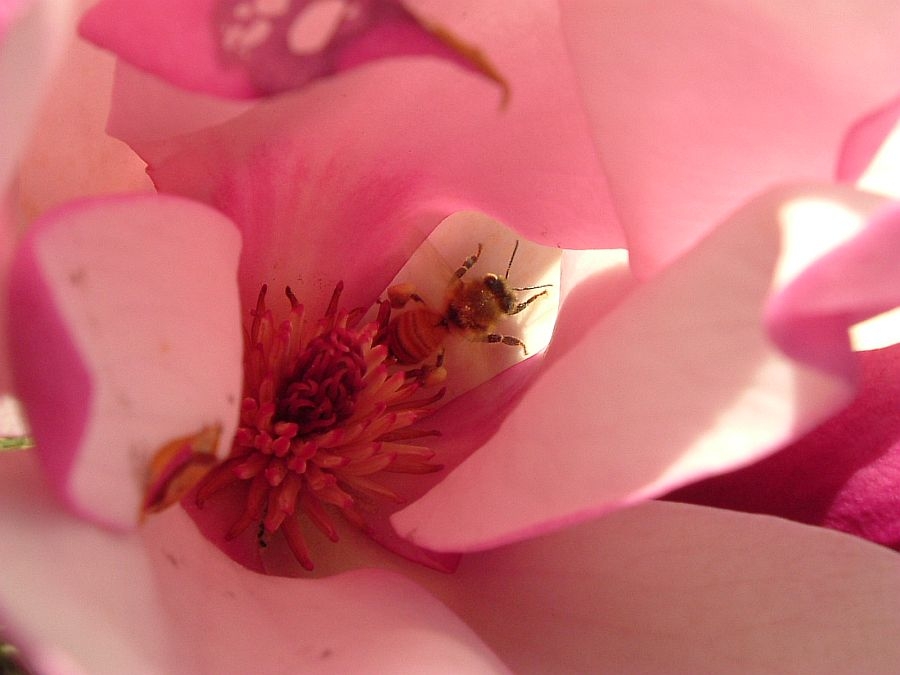 Magnolia is an ancient genus. Appearing before bees did, the flowers evolved to encourage pollination by beetles. To avoid damage from pollinating beetles, the carpels of Magnolia flowers are extremely tough. Fossilised specimens of Magnolia acuminata have been found dating to 20 million years ago, and of plants identifiably belonging to the Magnoliaceae dating to 95 million years ago.[2] Another aspect of Magnolias that is considered to represent an ancestral state is that the flower bud is enclosed in a bract rather than in sepals; the perianth parts are undifferentiated and called tepals rather than distinct sepals and petals. Magnolia shares the tepal characteristic with several other flowering plants near the base of the flowering plantlineage such as Amborella and Nymphaea (as well as with many more recently derived plants such as Lilium). Most of the research on magnolia pollination in the west has been done outside their natural environment and temperature range. We are currently researching magnolia pollination across the world, focusing on the Asian species that are mostly grown in gardens. One of the most interesting magnolia pollination cycles is that of Magnolia delavayii which has a short opening cycle in the evenings, possibly to attract bats. It has a strong perfume and copious amounts of a type of nectar on the stigmas. The first evening it opens female, and the second evening it opens male, but about half an hour earlier.

In New Zealand it is mainly honeybees that carry out pollination. In New Zealand our spring conditions are marginal for magnolias to be completely at home and reproduce themselves as if they were in their natural state. Only some species and hybrids will set seed and even naturalise into the garden situation as wild seedlings. This is mainly due to the temperature ranges experienced, and it tends to be the darker flowers that tend to develop quickly enough to be fertile and open to receive pollen and set seed. Immediate location and microclimate of the plants directly affects this, as well as the frequency of late frosts destroying any seed set.

Hand pollination is the way hybrids are formed, which recombines the qualities of the 2 parents whether they are species or themselves hybrids.

A self pollinated seed is a recombination of the genetic material of the parent. If the parent is a species, then the seedling becomes another individual of the species.

If the parent is a hybrid, then the seedling is another hybrid, probably similar to the parent, but possibly quite different.

In theory a selfed interspecific hybrid could yield similar results to a back cross, but a back cross would make these qualities more stronger or definite.

Larger trees will be more likely to set seed to themselves as there are more flowers at compatible stages at any time. However, conditions must be right, such as temperature and insects available to transfer the pollen.

There is a theory that some plants that are self sterile eventually can become self fertile with age due to minor genetic mutations that occur in different branches. effectively making the branches genetic individuals.